I do remember my first deployment. Stranded on a desert island in the middle of shark infested waters. It was pretty harsh conditions. It was in the middle of monsoon season. A desert monsoon is basically just 40 mph steady winds gusting up to 80. Not a pleasant situation let me tell you. My job was to light the flaming death traps for the kitchen. Why? Well because I was a 19 year old guy. That was my qualification. Seriously no one else wanted to do it. I said ok and then soon figured out why I got such a sweet job. First let me tell you about the burners. This isn’t the propane stove you use for camping.

The fuel used to light these bad boys is unleaded gas. That’s right. MOGAS as we call it. Why does the military use gasoline? Because it’s readily available. You can siphon it out of trucks, or get it from the spare tanks almost every vehicle has. It’s always around. Pretty smart idea I thought… right up until I learned how to light this son of a bitch. First you use a bicycle pump to pressurize the tank which holds like 3 gallons of gas. Ok you aren’t pumping up like a truck tire you only put in about 8psi but the dip shit teaching me decide that 15 psi was better for the high winds we had to deal with. This is mistake number one. We had to light four of these things to heat our grills we use to cook with. So we went through the preheating steps to get the gas to vaporize in the chamber. Yeah basically we had to boil gas. Does this sound like a bad idea to anyone else? If we didn’t get the gas sufficiently hot enough it would pour out the out the front air intake and cover you in gas which is never a good thing to be covered in.

So my “supervisor” shows me a trick to preheat the burners. This clever little short cut is called “shot gunning.” What you do is you get one burner started in preheating mode. Then you take a cold burner and flip it upside down and lay it on top of your preheating burner. This sort cut saves you about three minutes of prep time. This isn’t a short cut, this is tempting fate.
﻿﻿﻿﻿﻿﻿
﻿﻿
<> 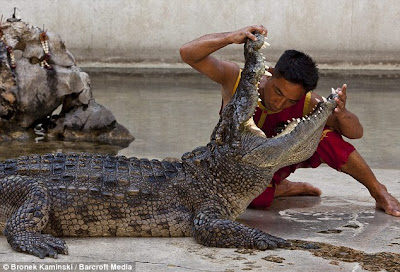 <>
What do I need a head for anyway?
﻿﻿ ﻿﻿﻿﻿﻿
Let me cut to the case. Tweedle dip shit decides that five minutes, or one cigarette, of preheating that the burners are ready to light. So we flip the top ones back over and go through the steps of lighting these monsters. All you do is crank open a knob on the front which allows the vaporized gas to mix with air and seep up through the burner star which is the lit by the preheater. Boom! You have a burner to cook on. If you did it properly that is. We did not. When we cranked open the knob liquid gas pour out the air intake and covered my boots. Then the spark happened. I don’t know where it came from. My guess is that it was his smoldering cigarette butt that he dropped on the ground. One little spark ignited the puddle of gas I was still standing in and I was aflame!

From about age 3 we are told that if we are ever on fire we stop, drop, and roll. Has anyone on fire ever remembered to stop, drop, and roll? Doubt it. I ran around like a 4 year old on a sugar high. I probably screamed like a little girl but I couldn’t hear myself over the fact that I was on fucking fire! Thankfully there were 40mph winds so I was blown out like a birthday candle before I had serious burns on my skin. A few blisters are all I really got, but my pants were pretty much gone.
Posted by Chubbs at 8:05 PM