The Time I Should Have Died

Stories of a youth well spent, narrowly avoiding death at times when it was the most probably outcome of our stupidity...
Remember "The Anarchists Cookbook?"  I do, and like many young males for the last few decades it held special reverence for me.  It was a recipe book for fun.  Most things I would have never tried, or didn't even care to try, hell, half the book involved ripping off payphones and using modems to run scams, things which were outdated even at my time in the late 90s early 00s.  But the passages involving explosives were especially useful, ingredients were readily available, and in this golden age of the internet, the information was out there asking to be absorbed by my young impressionable mind. The one that caught my interest immediately was of course, the bomb.

Black powder was easy to get a hold of because my friend's father had a stockpile in his garage and no way of noticing a missing can.  However we were still living in the Post 9/11 world, and especially in the 2 years that followed the necessary materials weren’t exactly easy to come by for your average 16 yr old.  Walking into a hardware store and buying 8 inches of pipe and two end caps would put you onto a blacklist and good ol Dubya would wiretap the shit out of your phone himself.  So we had to look to alternatives...
Mistake 1: Using a paper towel roll for a pipe.


You see what makes a pipe bomb so powerful is physics.  The explosive burns and the heat causes expansion of gasses released by the reaction.  The pipe contains this expansion until the pressure builds enough to burst the pipe, it's basically the definition of explosion.  We decided to replace the containment force which is usually metal, with cardboard...  to plug up the ends I stood it up on a piece of paper, and let a 1/2 in of epoxy dry down there. Then after we filled it with black power, topped that off with paper towel to hold it in, and epoxy’d the other end shut as well.


We had made a fuse out of twine and crushed black powder ala a recipe in the cookbook, but we also half assed it, with an expected result.  We made one of these half ass fuses about 18 inches long, and never tested one to see how well it worked, or how fast it burned...
We drove our new device out to the gun range, which seems a logical place to blow something up without seeming like a terrorist.  We meant no damage to anyone or anything so out in the desert was the perfect location.  No one was around, we parked my dad’s bronco 50 yards away, put the bomb in the middle of a clearing, lit the fuse, and ran and dove behind an embankment 20 ft away.  When nothing happened I stopped a friend from immediately running up to it to check, and I made him wait a few minutes to make sure it wouldn't reignite and kill him.  Safety first of course...  After a few minutes I approached cautiously and noticed that the fuse had burned out about a half inch from the hole into the tube.  I knew there wasn't much slack to pull more out and relight it, and I was not even close to retarded enough to relight half an inch of fuse and try and make that run, so I did what seemed to be the simplest and coolest solution.

Everyone too old for Twilight will remember the Looney Tunes, and how in 1 of every 4 episodes someone lit a trail of black powder which slowly burned it way into a barrel of the stuff then caused an enormous and hilarious explosion.  Usually on a pirate ship, the world leaders of black powder know how.


Anyone who has ever worked with or lit black powder (or seen the Mythbusters they did on it) will know that this is highly inaccurate...  Black powder burns at lightning quick speed and the 10 inch trail I left myself burned approximately 1 million times quicker than the 20 seconds I had estimated based on my lifetime of cartoon expertise.
﻿
﻿ I lit the trail and before I could blink a car size fireball had engulfed my face and left me kneeling in a cloud of smoke coughing and slapping the fire out on my head.  What ended up saving me was probably the fact that that 10 inch trail took about half the remaining black powder in the pipe, and the fuse hole which I widened to pour it out provided an outlet for all that pressure to escape in the form of fire instead of an explosion that might have taken off my hand or head.  Who knows how well it would have exploded anyway but what I do know is that it could have been and should have been by all rights, a lot worse.

The Lesson: I knew the basic physics of explosions,  I knew the basic safety from all the fireworks warnings I had gotten in school over the years, I was a pretty smart kid (mostly) but the lesson I learned that day was probably the most important and one that has really stuck with me to this day. 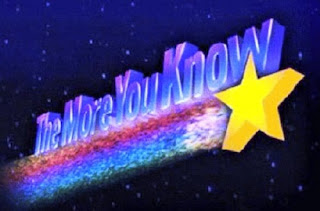